As a Chartered Standard Development Club we are committed to supporting youth football from the age of five to under eighteen’s, and to continuously improve the service we provide, raise standards and adopt good practice

be a part of our club

Effective training from our professional coaches

We invite an independent referee to every game

A great training program for the younger players

The players learn to grasp the game faster

Being a team player has a deeper sense in sports

The main aim of Westfields FC Youth Section is ENJOYMENT. I would like to think that by joining Westfields FC the children are making friends and becoming team mates for life. At the same time they are improving their skills and fitness levels in a friendly, safe environment.

Due to our first-class facilities and hard work from the Club Committee and Youth Managers we have entered more teams again this year. So it will be nice to see many new faces as with the old ones which have joined along the way and are adding to the unique family atmosphere that is Westfields.

This season has seen the appointment of more dedicated coaches for each age group. We now have fifteen fully qualified coaches and more parents helping with their role to take pressure off the coaches by helping with organisation and administration.

WHAT WE ARE ABLE TO OFFER 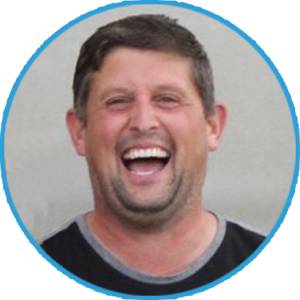 As we enter a new decade who would have thought that, I would be sat here writing this as a committee member, junior coach and the person who over sees our growing youth section!

How time flies what a journey we have all been on and so many great memories, met some great characters, and made some good friends. Highlight memories for me are making it to the FA cup first round proper and being involved in our first junior 6-aside tournament.

As a club, we have always had a youth section I should know I played in it many years ago!  The youth section really took off at the beginning of the decade when Nick Moores and Terry Green laid the foundations on what the junior section is built on today.  They established the Saturday morning club where kids as young as 4 years old could start their Westfields journey.  Westfields Juniors grew from that day the heartbeat of the club, this is where we would recruit the future players it becomes their first step into football and where they can fall in love with the game and fall in love with the club.

All our lead coaches have a minimum FA level 1 coaching badge that we have now started to fund.  Sara Green (Treasurer) Sam Hollingshead (Junior Secretary) both volunteer to help run the Juniors and this has been recognised as we have now been rewarded with The FA Chartered Standard Development Club for raising standards within our club.

We are very unique as a club because so many of our committee members, coaches, managers including first team are former players which really helps to create a family feel within the club and has a real sense of belonging a one club mentality #1club.

Our most recent collaboration is with Herefordshire Mind they are our season 20/21 charity of choice their logo will go on the front of all Junior match day tops to help raise awareness of mental health within our club and local community.

What a decade we’ve had a fantastic achievement in running a hugely successful club!  Who knows what the future holds but with over 200 youth players hopefully we see them all make the transition into adult football and continue to wear the claret and blue shirt as a first team player!  As a coach we instil the never give up attitude and more importantly develop a real love for the game and our club Westfields FC.